I Love My Goats

One of our friends, Mike, was busy fixing up a house in our area some years ago, when a Turkana man came strolling by with his goats. The man took a good look at the house and said: – I would also like to have a house like that! – Of course you can, said Mike, just sell of a good number of your many goats and you will afford building one! – I love my goats! was the man’s comment and then he shambled on, the goats trailing behind.

The livestock could have been a useful working capital but instead, for most people here, it’s considered a ”safe” – reminding of the ”safe” of Scrooge McDuck in Donald Duck – and very vulnerable safe; drought and raiding by the arc enemies across the border can rapidly empty it!

Every now and then we’re amazed at how many livestock millionaires in the area (in Kenyan Shillings) who roam around in tatty attire, leaving their wife/wives to do all the hard chores of building huts, collecting firewood, fetching water, looking after all their children etc. etc – and yet there is no money even to send the children to school or buy enough food for the family! East and West, North and South – it doesn’t matter where – people are worshiping wealth and earthly riches more than anything else. And here to the point of letting the animals die of hunger and thirst rather then selling them in times of penury of grazing land and water!

Exactly a year ago, we saw with our own eyes the devastation caused by the severe and extended drought. In Lorus, some 18 Kms outside of Loki, children with sad and expressions of hopelessness were seated amongst piles of carcasses of animals with flesh still rotting on the bones. Herding boys and girls had nothing to do and were very hungry of course. – Now we’re only left with one option for this kids, said Esekon Nang’ole, who hade lost all his livestock, – its to send them to school.

One year later we’re back in Lorus again. And lo and behold, there is now a school in the village, if only under a very temporary structure of grass and branches. But with a simple blackboard and some 330 children who gather every day under the direction of a volunteer, Mr Akuta. He was close to finishing primary school years ago, when his father suddenly died and the young Akuta was forced to return to the settlement and take care of the animals. With Mr Akuta there are also some enthusiastic women helping to cook a meal a day for the children. And the 16 bags of maize and beans with four jerrycans of cooking oil which we brought that day was highly appreciated.

If it Weren’t for You… 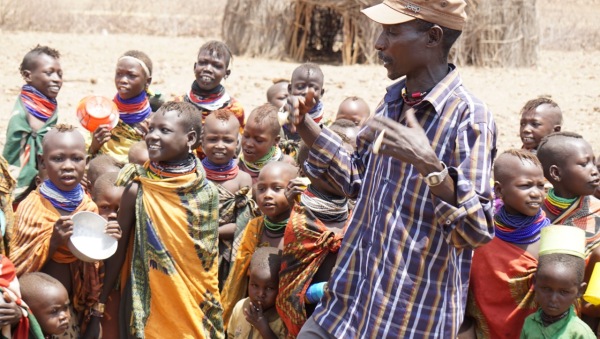 Mr Akuta, the volunteer teacher is cheering the children as they sing for us

Mr Akuta is pointing to several younger children in the crowd around us and says with determination: Had it not been for your rapid response last year to come to our assistance with food, some of these children would definitely not be alive today! We’re so thankful to LEDO and the sponsors.

As we started to comprehend the scope of last years’s drought in our area, Children’s Mission swung into action, launching an appeal for help for the starving people in our area. And people were not slow to respond. Our first distribution was made in Lorus and we revisited several times with food. In all, the famine relief managed by our local organisation LEDO and sponsored by Children’s Mission, reached around 5000 households in our area in a time of dire need. A big thank you to all faithful givers!

In the wake of last year’s drought there has been a migration of people and new settlements and small villages have been established. And in all these there are numerous children needing food and education. What more could we do…? 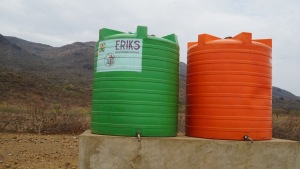 Eriks i another Swedish relief and development organisation working with partners in a number of countries. In cooperation with the local clinic of AIC, they have supported a short term intervention at Lorus, such as providing 2 givet thousand liter water tanks. But the water needs to be transported by truck from Loki. And the food for the six months is now finished. So, our question is: What are their long term plans? We hope to get an answer to that through contacts between Children’s Mission and Eriks at the Swedish level.

Word to be Honored

Coordination is one of several important notions which should be honored by relief and development agencies. Maud Andersson, the Vice Chairman of Children’s Mission affirms this as we discuss with the elders in Lorus. ”Not only do organisations need to talk and keep each other informed in their respective home countries, but in order for funds and other resources to be used in the most effective way, the implementing partners also need to maintain a healthy dialoge”, she says. 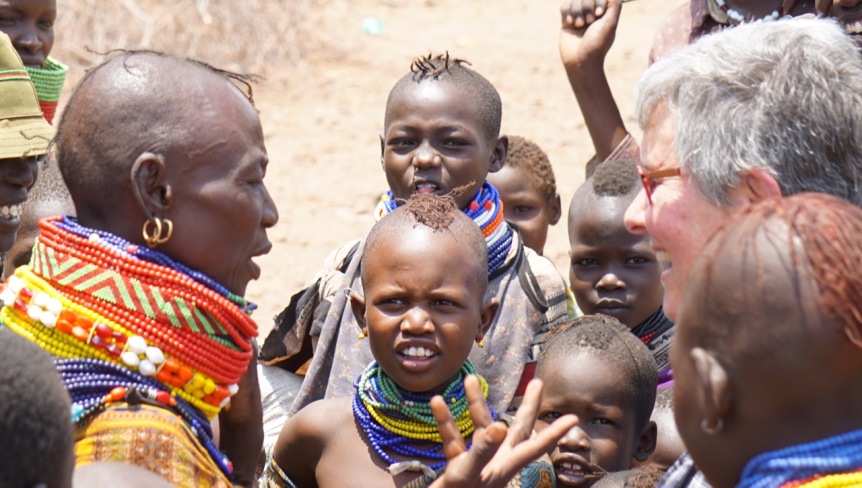 Maud Andersson talking to some of the leaders in Lorus

She and her friend Agneta visited us during a week in early March. They brought bags fully packed with girls’ underwear, which will be given to all those school girls who are being trained in, and will be given a menstrual cup. 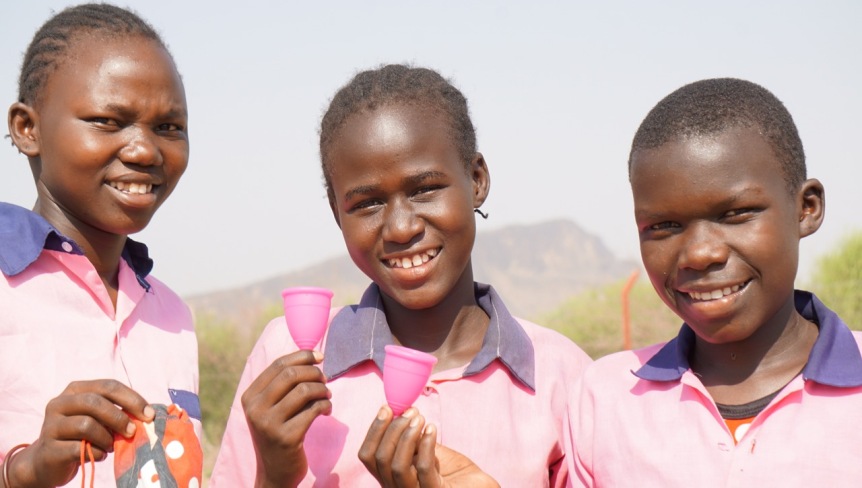 This menstrual protection which replaces everything else such as pads, rags, paper etc, is a cup made out of medical silicone and it can last up to ten years. We have already launched this project and started training both girls at our school and at other secondary schools. A revolution for the girls and women in areas like these where menstrual protection is a real problem – pads are costly, bad for the environment etc. – and girls often drop out of school during their periods. All the girls who have started using the cup are extremely happy. And thanks Maud and Agneta for bringing the complimentary panties!

If there is anything amongst our projects that you should like to support, this is a very needy and extremely valuable one. Remember one menstrual cup can last up to ten years! The cost? 35 USD! Let us know if you’re interested. Contact Birgitta at birgitta.arnlund(at)gmail.com

A Day of Joy

Maud and Michael have just cut the ribbon

During Maud and Agneta’s visit we also had the privilege to inaugurate one of our two new boardings – the one for the boys. Maud and Michael Areman, one of our LEDO leaders and my deputy in the organisation, were invited to cut the ribbon. The whole primary school was gathered, seated on the ground in the scorching sun. And then it was the head teacher’s turn to give his speech followed by Birgitta’s. Later in the day, beds were moved, mosquito nets hanged and storage boxes neatly placed under the bunk beds. The girl’s boarding will be finished in the next couple of weeks and they will move in as school resumes following the April holiday break.

To be a boarder gives the older children a chance to study in the evenings, they get good and healthy food and the risk of being taken out of school prematurely in order to look after the household, the animals or being married at a young age – that risk is greatly minimised.

This year, the expectations are high. It’s the first time for class 8 to graduate. Six of the class 8 students are from ”The School Under the Tree”, where it all started exactly 10 years ago, when Birgitta was introduced to the school. 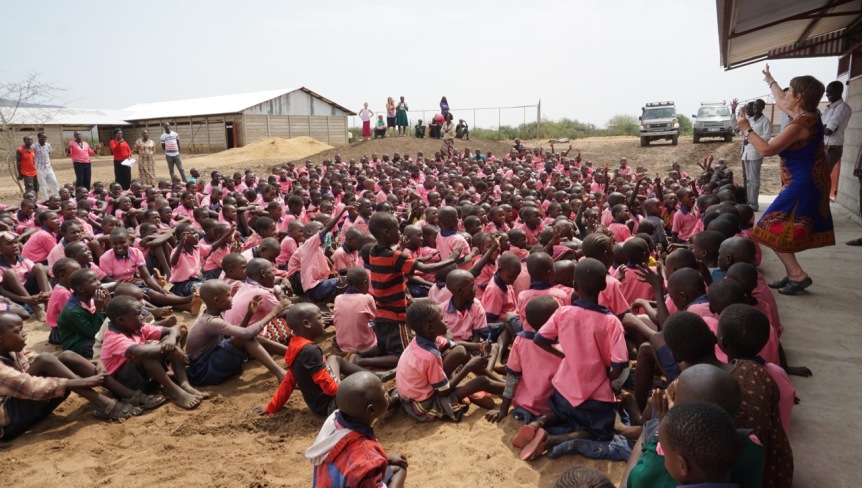 Birgitta in action at the inauguration

It was the start of an incredible journey where we have seen miracle upon miracle, and we hope to have energy to be part of and to witness more of these miracles in years to come.

And We’re Getting Close

As I write we only have 2 more days in Kenya before we fly back to Sweden. We’re really looking forward to a much needed break. Just this last week, Easter Week, we had another very busy stint as our mission’s director Bosse Wallenberg with son Jesper were visiting us for the first time. And Bosse was very impressed and encouraged by all he got to see of our work here.

As we think that we will soon be reunited with all our children and grandchildren, it sometimes feels like butterflies in the tommy. It will be such a joy to get to spend some time with them again, and not the least follow the growth of the 4 little ones who were born last year!

And least but not last, the yearly Cousins’ Camp in the middle of the summer, a week full of activities, games, sharing of the Word, good talks and laughter – just the grandchildren (5-6 years an ups) and us – without their parents. 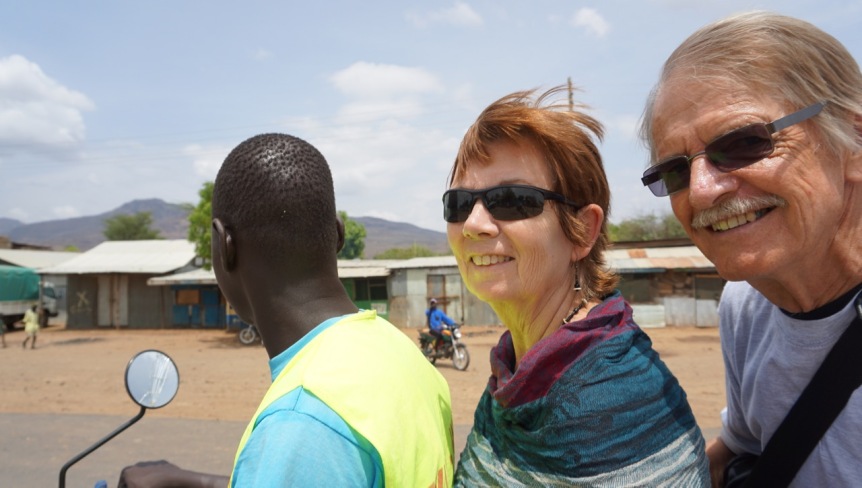 On the motorcycle taxi back to Loki following a break down of our car in the bush.

Following Sweden’s parliamentary elections in September, we plan on being back here again. God willing!

This pan provides water for animals, but is also used for cooking water for the people in Lorus!!!

Drinking water is found in a small natural well some 3 km away. But it’s only giving around 100 liters a day. Not much for 300 households.

I asked these men to help off load our truck with the food! They didn’t bug. That’s women’s chores! 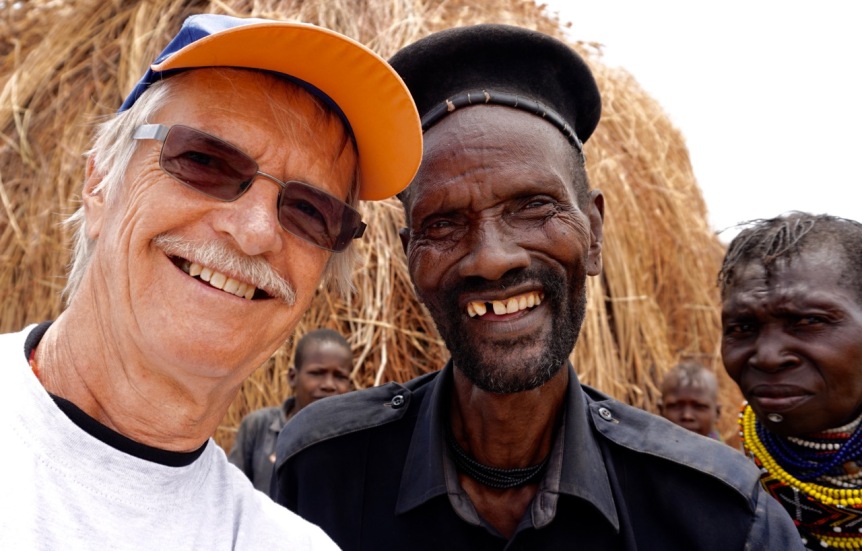 However this old man finally got on his feet and ”helped” by poking on some of the food bags! 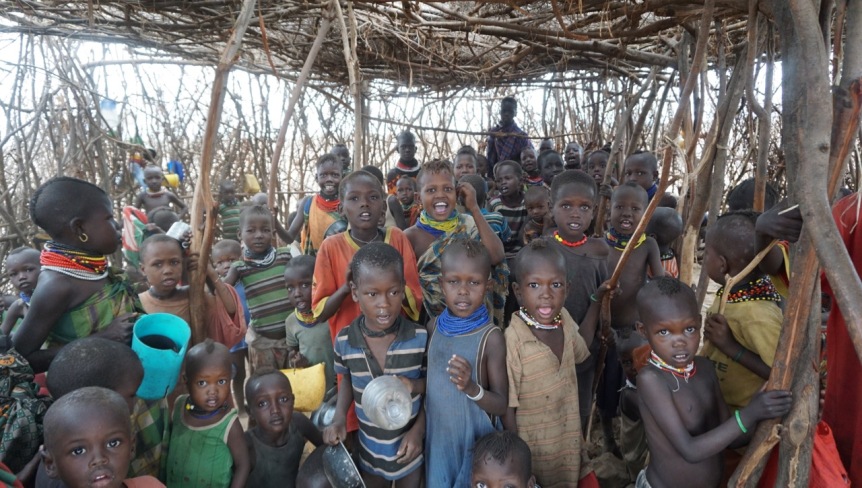 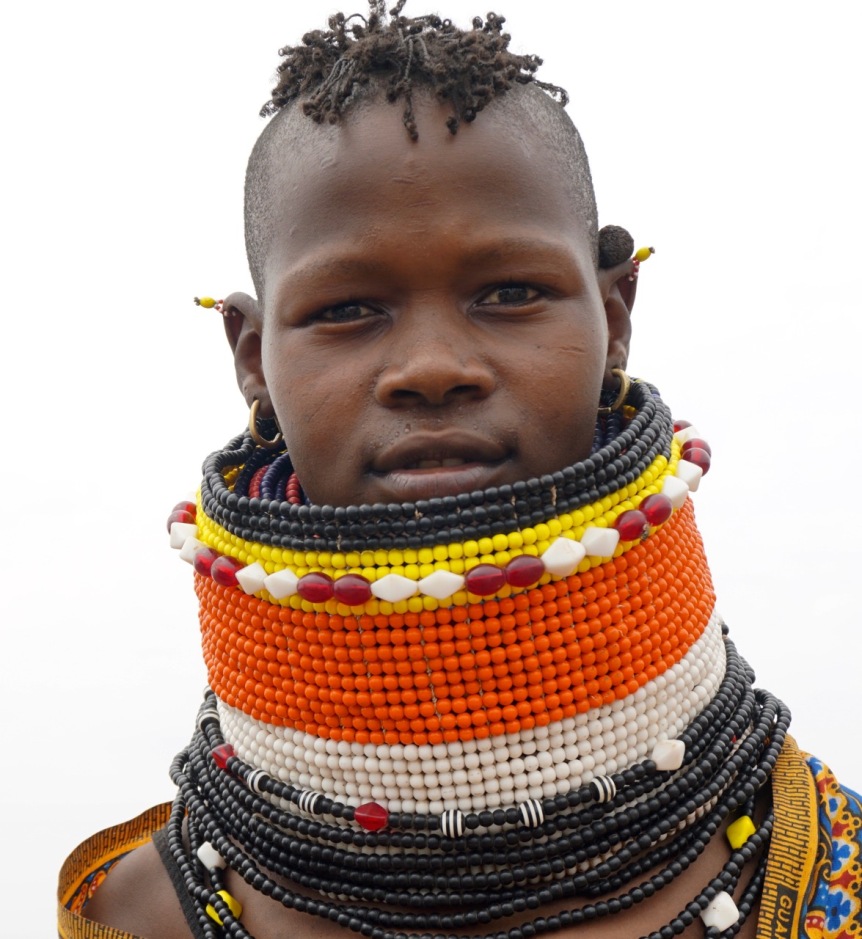 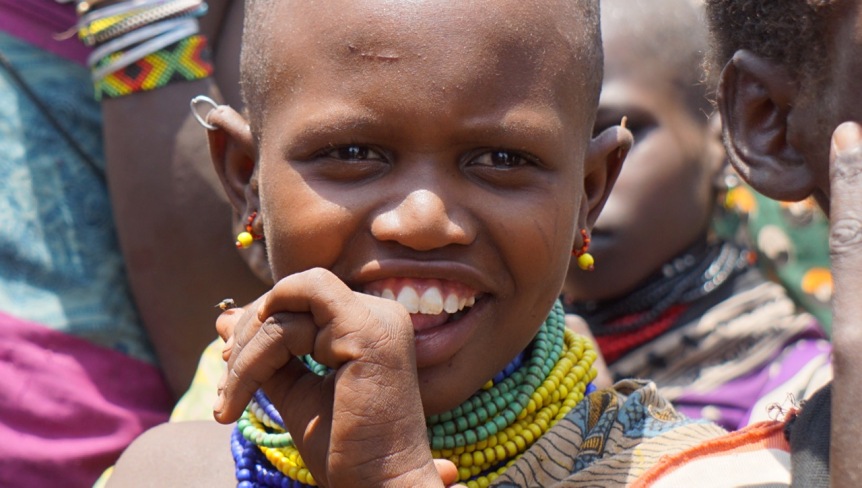